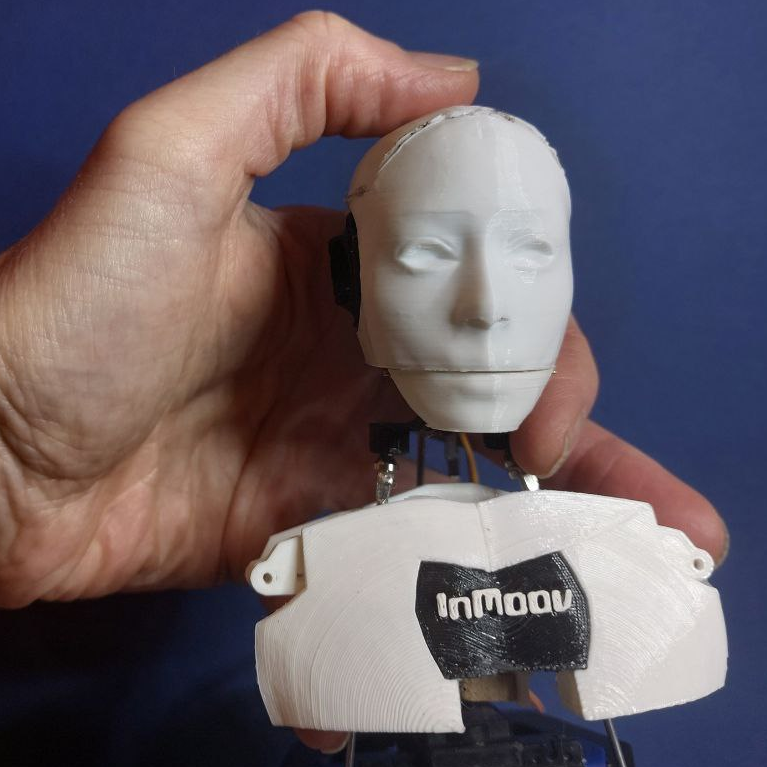 Introducing MiniMoov aka "0x5A" aka Zaphod.

Basic concept was to create a Debug aid for setting up InMoov Senior.

As you see above it is hand sized and can be plonked next to your monitor as desktop companion.

Its quick and easy to build and will allow more users to jump into the realms of InMoov and MRL (MyRobotLab).

In a nutshell its a scaled down version of InMoov, by 93% as the crow flies.

At present it sports 4 servos

The system has been tested with the MRL software which allows it to be quickly put into action. 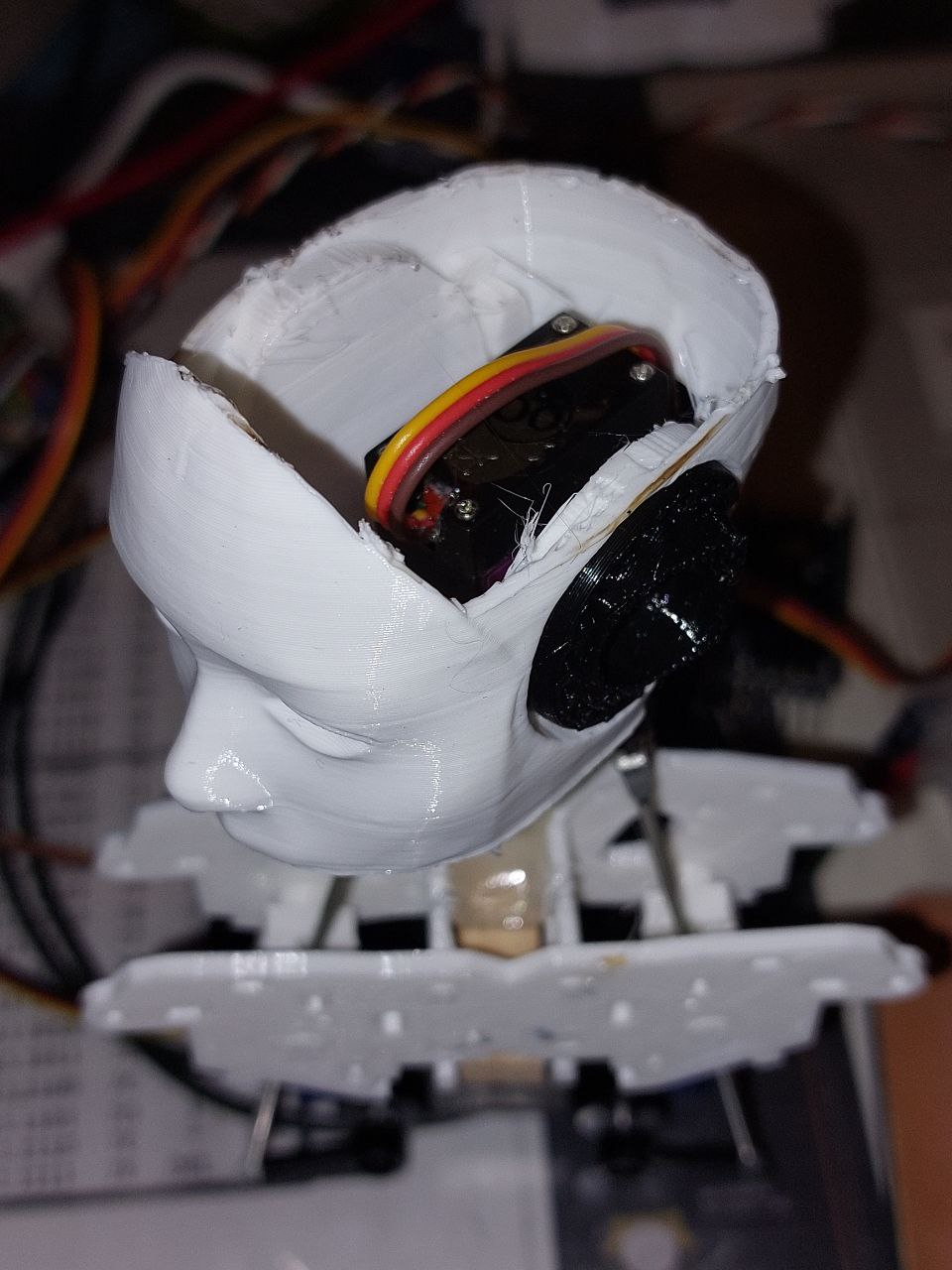 This is still the preliminary version with copious use of "Hot" knife and glue.

After the Lobotomy procedure Zaphods Neck and Jaw servos could be transplanted within the cranium space. 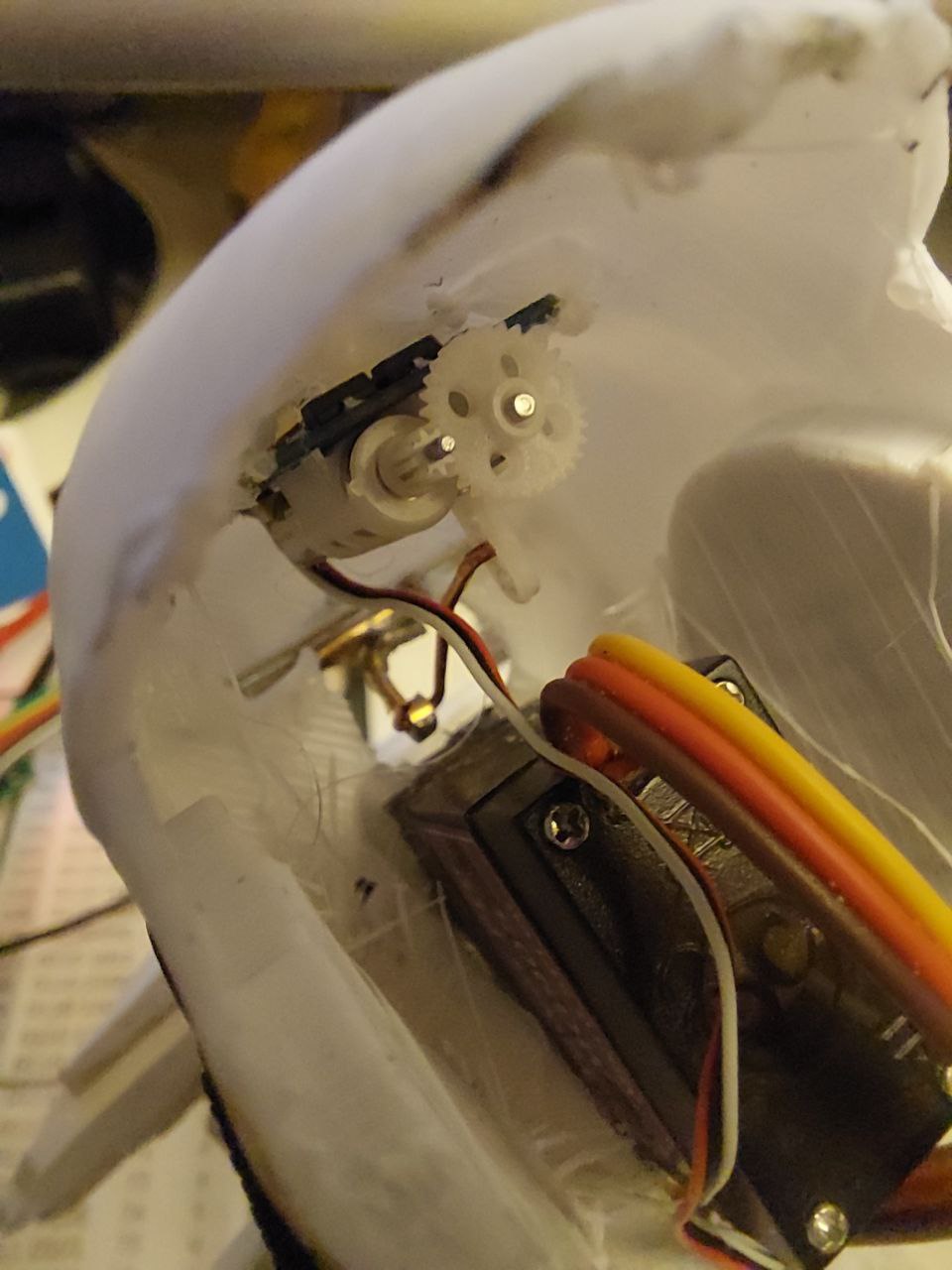 Current plan is to include arms with bicep control, however first Blenders STL's have to be reiterated. 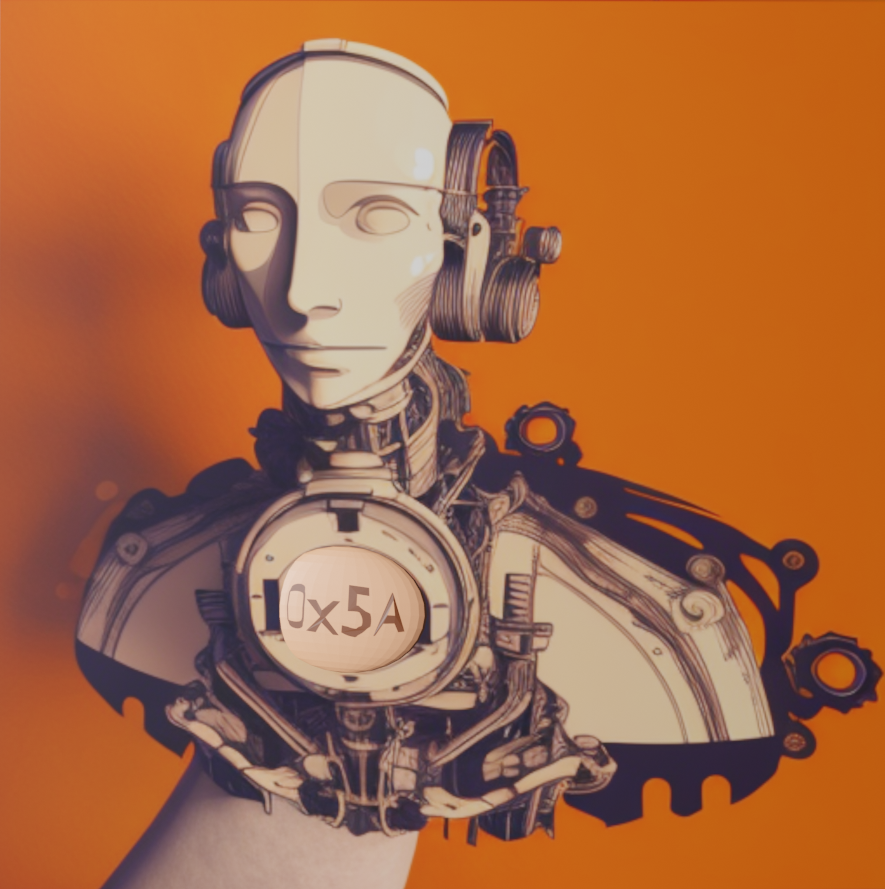 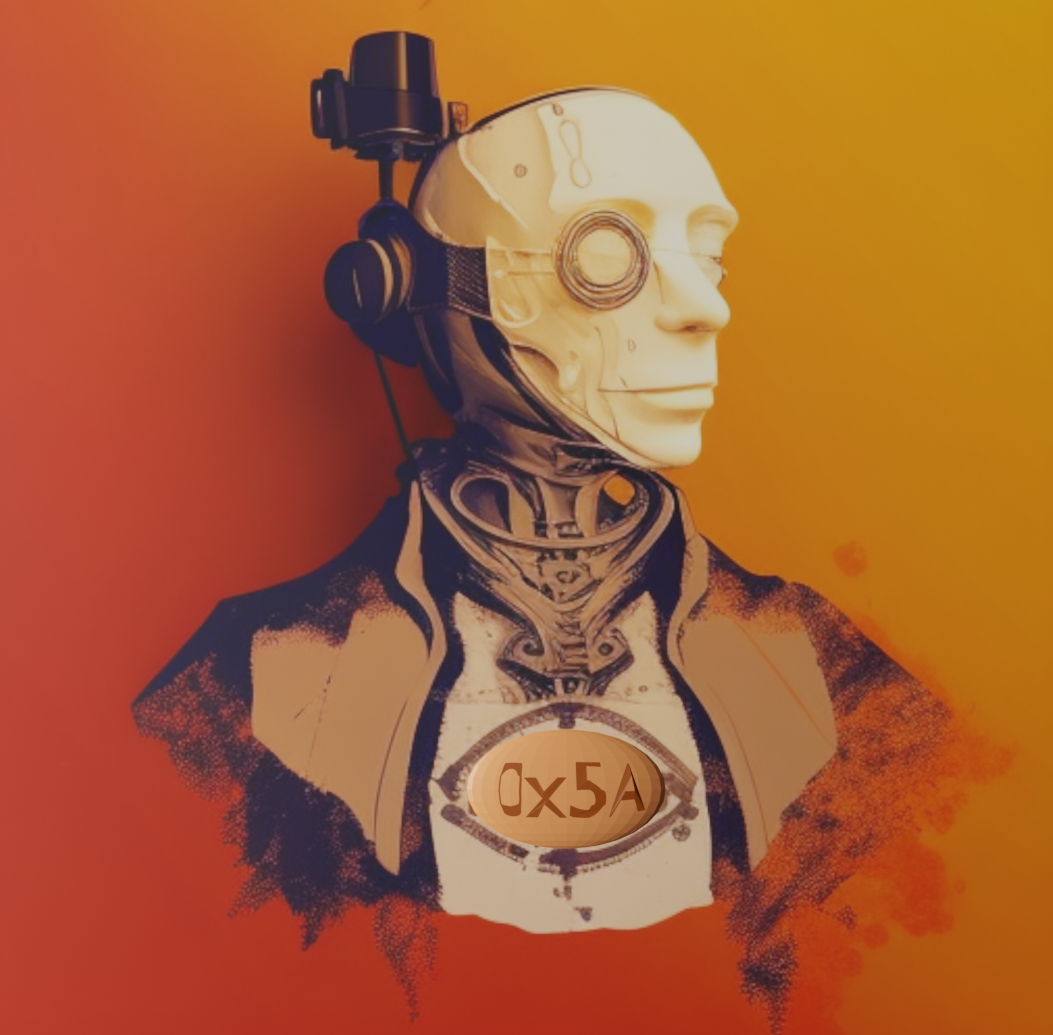